Any anime lover who’d seen this masterpiece would agree that Bleach is one of the best anime series ever produced because of a lot of reasons, be it character design, story, epic fights, emotions, or drama, Bleach has everything that you’d want to see in an anime series.

The story surrounds the life of a young high-schooler, whose life turned from a normal teenager to a “soul reaper” who now holds the fate of two worlds by saving the mortal world from the attacks of the rogue souls from the world of the dead but along the way, he discovers that soul society isn’t exactly how it appears to be from the outside and some corrupt forces are at work to destroy the peace.

In this article, however, we are going to take a look at the most powerful Captains in the Bleach anime that could turn the fate of the soul society in the wars to come.

There is no doubt that Byakuya Kuchiki is one of the most powerful Captains in all of the Bleach series with amazing sword skills that he has perfected over the years with ultimate hard work throughout the series.

He has the ability to divide his sword into countless little pieces that he can control with his sharp mind. He appears as the captain of the 6th division and everyone recognizes him as an outstanding swordsman.

JushiroUkitake is another powerful captain and not just because of his fighting or combat skills but he possessed a special skill for war tactics and strategies that he used to win many battles over the years.

Everyone in the soul society respected him and recognized him as one of the best planners when it comes to battle strategists, despite the fact he loses his life in the final battle.

Kenpachi’s reputation precedes his name because of the sheer strength that he possesses which makes him one of the most fierce enemies for any other captain as he grew in the roughest areas before becoming part of the soul society as a captain.

He used his strength and power to overtake the captain of the 11th division which made him a threat and a worthy opponent for others as well.

Shunsui’s rank and reputation in the society alone talks about and proves his immense strength as he holds the rank of the captain of the 1st division as well as that of the soul society itself which puts him at top of all the other captains.

He has shown the power of his true strength many times throughout the series in the battles.

There is not a single doubt that Genryusai is the best of the bests as he is responsible for the foundation of the divisions known as the Gotei 13 for the only reason to protect the soul society and fight against Quincy.

His power is so immense that it could destroy all of the soul society if he reaches the peak of his Bankai which is greater than all other captains ever born in all of the Bleach. 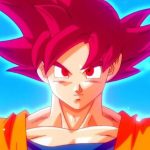 How Many Times Has Goku Died?